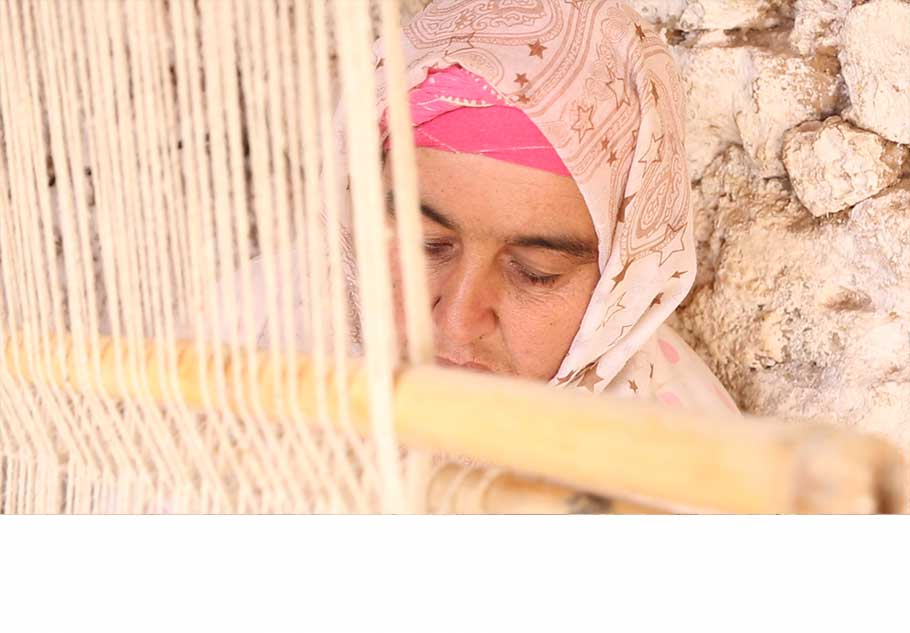 Beni Ouarain rugs, Azilal rugs, Boucherouite, Boujad, are part of the Berber carpet category. The work of the wool is knotted. The weaver adds small knots of wool one by one.

The other category of carpets is the Kilim. Unlike Berber carpets, these are woven. A long thread of wool runs across the width of the carpet.

Each region has its own specificities in terms of sun, temperatures, vegetation. The sheep that are bred there also have different specificities adapted to the climate of their region.

The wool of the sheep of the region of Beni Ouarain for example, are very white. That of the Azilal region is more beige.

Azilal rugs and Beni Ouarain carpets are part of the most qualitative Berber carpets. Indeed, the wool used is virgin. That is to say that it comes from the shearing of a living sheep and not sick or dead.

The other difference between Beni Ouarain carpets and Azilal carpets is in the patterns.

The drawings represented on the Berber carpets represent the life of the weaver at the time of the confection. Symbol of fertility, religion, protection, nature are very often represented.

On the Beni Ouarain rugs, which are mostly black and white moroccan rugs, the patterns are quite refined and represented in a graphic way.

The Azilal rugs are more loaded. They can be colorful moroccan rugs or black and white.